By Julie May 15, 2018
The City of Seattle, most recently making the news for putting a "head tax" on large corporations against the wishes of their own Chamber of Commerce, has a quiet little news flash for you: they didn't divest from Wells Fargo.

An entire essay in the book is devoted to the concept and realities of the Dakota Access protesters demanding divestment from banks and any organization or corporation associated with the pipeline. That the Seattle City Council voted 9-0 in February 2017 to end their relationship with Wells Fargo was seen as a huge activist victory. Much attention was given to this event online.

Funny how not much fanfare and equal attention was given to the current reality, which occurred the second week of May 2018:

That cherry headline is from a May 14, 2018 article in the Seattle Times.

Considering some of the activist moves the city has made, including the employee "head tax" (which sounds like humans are cattle), this quote from a council member at the time ought to be framed for posterity:

“Take our government back from the billionaires, back from [President] Trump and from the oil companies,” Councilmember Kshama Sawant said at the time.

Fine. But the problem is, the way cities and banking are done now, you need a pretty big bank to handle the complexities of major city financial needs. 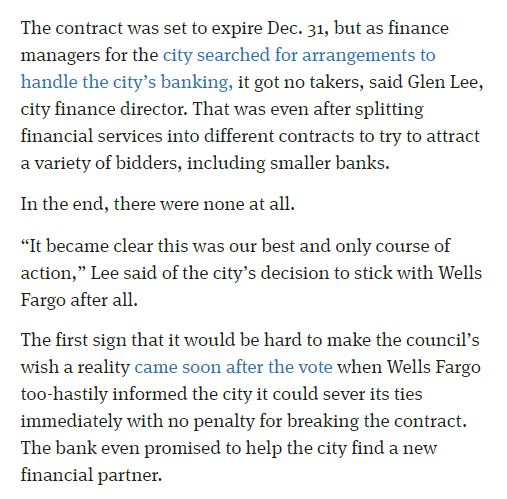 Sometimes it doesn't matter if Hanoi Jane takes her money out of the big bank and comes up to the casino to serve you turkey at Thanksgiving. 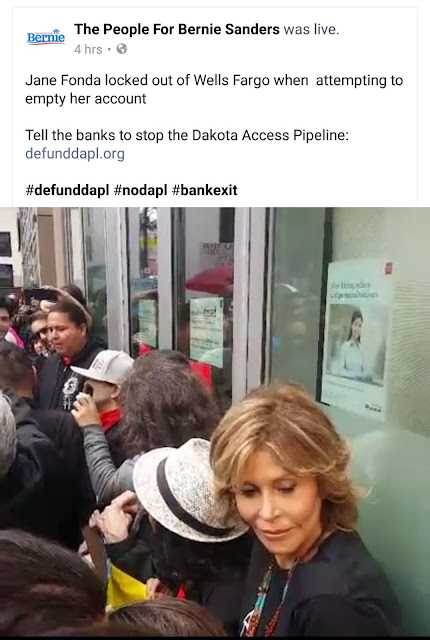 Purchase a copy of "Blue Like A River: Burning The Bridge Between Red And White At Standing Rock" here.
Visit the NoDAPL Protest website for more information on the background and the book.

If there is a topic you didn't see in the book or would like additional information or support on, contact me and I will create additional content to answer your questions, as time allows, on this blog.
Comments on this blog are heavily moderated and will not be published if they are irrelevant, non-coherent, or abusive. Nasty comments and emails that I receive may be shared, unredacted, on this blog and used in later books.